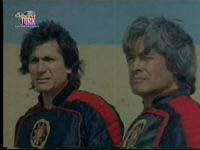 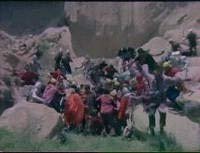 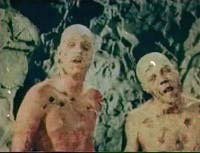 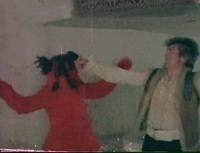 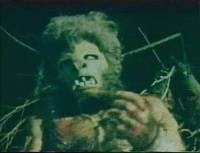 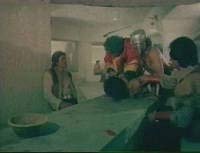 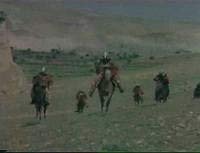 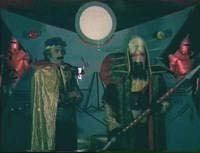 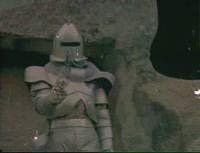 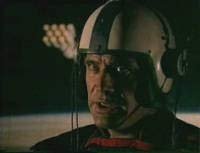 "Dünyayi kurtaran adam" (The Man Who Saved the Earth) is the story of "strongest and greatest two Turkish warriors" who save planet Earth from the forces of Evil. It takes place during the so-called Galaxy Era, an era when the Earth (already shattered to pieces) is on its way to total destruction, barely held together by a protective shield made out of powdered human brains.

The movie is inspired by the cult movie "Star Wars", made by George Lucas a few years before its Turkish counterpart was released. The American version was an ambitious effort: Lucas sought to show not only that Good can triumph over Evil, even in Outer Space, but also that it's possible to sell action figures of characters that receive less than ten seconds of screen time, and in doing so, become one of the richest people on Earth. "Dünyayi kurtaran adam" builds upon these ideas, yet does not forget to acknowledge Lucas' influence. If you look closely, you might notice that director Çetin Inanç has cleverly interwoven random footage from the original, yet given it a new context (and aspect ratio) that provides a unique and compelling insight into the Human Condition.

It should not go without saying that Dünyayi Kurtaran Adam was made in a time when government restrictions in Turkey prohibited the viewing of films from abroad. In that light, one can only imagine the joy that the Turkish people must have felt when blessed by this release, and the gratitude they must have felt toward their otherwise oppressive government.

Review by superguapo2000 from the Internet Movie Database.