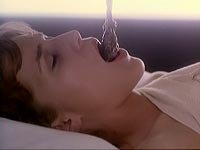 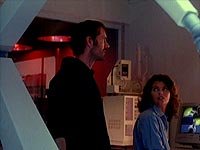 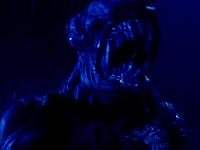 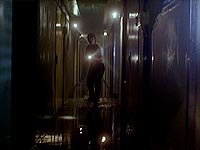 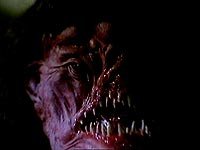 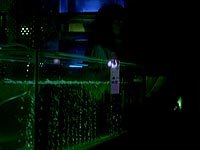 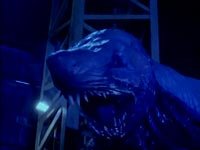 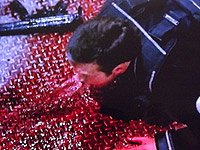 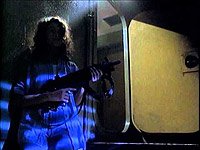 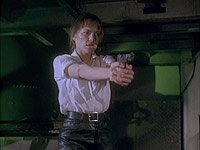 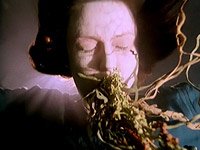 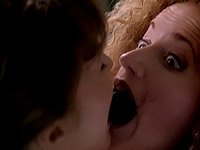 DEA agent Alex is in big trouble with his superior. It seems a routine undercover mission to bust a gang of heroin smugglers went awry, and Alex not only didn't recover the drugs, but he didn't arrest anyone. His boss wants answers. Cue flashback (i.e. the rest of the film).

Alex and another agent named Rachel, who is also his girlfriend, had been assigned to pose as drug dealers and infiltrate a gang of smugglers. The gang, consisting of Mark, his girlfriend Christine, Paul and Paul's girlfriend Linda, are strictly small-timers. Indeed, they're so inept that they accidentally sink and explode their own yacht while transporting the heroin on the open ocean, leaving them and the two undercover agents stranded in a lifeboat.

Alex takes charge, to the annoyance of supposed leader Paul. They drift aimlessly until they come upon a dead body floating in the water, a security guard in a uniform that says "Brinkstone" on it. Afterwards, they run into an oil rig owned by Brinkstone, which it turns out is a corporation, except one none of them have ever heard of. Once they're aboard, discover the rig is actually a front for a top secret research laboratory but can find no one around. Just lots of empty clothes and discarded weapons, which of course they appropriate for themselves. They explore, finding various clues, including a big empty aquarium.

The group beds down for the night, taking the missing scientists' rooms for themselves, each couple to a room. Paul, it turns out, still has some heroin hidden on himself, and he rations some out to junkie Mark. On his way back to Linda however, something attacks him and drags him away. Alex and the others come running, but find only Paul's dropped stash of heroin. Whilst pursuing whatever it is that got Paul, they encounter an apparent survivor, a scientist named Dr. Shelley. Shelley can't answer where Paul has got to, but does reveal that what attacked him is something named "Charlie." He assures them Charlie is "under control now," and then wanders off and disappears.

Deciding to investigate more for himself, Alex finds a room with video equipment containing tapes about something Brinkstone was working on called the Proteus Experiment. Proteus was intended to create the ultimate organism which can survive anything, and adapt to any environment. The experiment turned an ordinary great white shark (the original inhabitant of that big aquarium), nicknamed Charlie by the scientists into a genetic freak which can shapeshift, turning itself into slime and absorbing the minds and bodies of its victims and also occasionally taking their form to trick more victims.

The consumed people are still conscious inside of Charlie's brain, but mostly entirely helpless; only the most strong willed (such as Dr. Shelley) can exert themselves as the dominant personality long enough to use Charlie's shapeshifting abilities to turn its body into theirs, so they can try and warn the others... but Charlie always regains control.

Trapped aboard the rig with a mutant killer, can Alex and the others survive? Well, obviously Alex will, since he's telling this story as a flashback, but what of the others, particularly his girlfriend and fellow DEA agent Rachel...?

This is a fairly decent adaptation of the novel Slimer by Harry Adam Knight (a pseudonym of John Brosnan). A much better effort than Roger Corman's horrible Carnosaur. Most likely because John Brosnan himself wrote the script. There's some swapping around of the characters' roles from the novel. For instance, in the book, Paul was the hero and Alex was a thoroughly unpleasant jerk and rapist. I'm unsure why Brosnan switched them around. Alex's douchebag qualities are divided between Mark and Paul, the latter of whom, in the farthest fall from main character status I can think of, is actually Charlie's very first victim.

They also for some reason insisted on giving Dr. Shelley a Russian accent. Funny. "Shelley" doesn't strike me as a Russian surname. Beyond these weird changes the effects are a bit lame, particularly the shark monster animatronic used to represent Charlie's true form. It leaves a lot to be desired.

The final major difference of note is that Mr. Lloyd Brinkstone, mentioned often in the novel but never actually appearing, turns up at the end with a squad of armed goons. His name has been changed to "Leonard Brinkstone" (what was wrong with Lloyd?) and he's played by a thoroughly wasted Doug Bradley of Hellraiser fame, and gets killed off almost as soon as he's introduced, he and his henchmen merely providing more fodder for Charlie.

As to the ending, as in the novel, the pilot of the Brinkstone copter is revealed to be taken over by Charlie, but the survivors aren't aware of it and the film ends on a dramatic closeup of the pilotCharlie's eye. Then cut to credits. Since the movie is told in flashback, with Alex talking to his superior officer at the DEA and telling him what happened, we're left to wonder: is Alex aware? I mean, he's telling all this to his boss in the present. It seems they were setting up for a sequel or perhaps a longer ending was cut out, since we never do return to the present to see what Alex's superior thinks of his story...

Despite this, the acting is quite good, especially from Craig Fairbrass as suddenly good guy Alex and minor details aside the plot is pretty much beat for beat an accurate retelling of Slimer. A much better effort than Corman's insultingly terrible Carnosaur.

Review by Koosh_King01 from the Internet Movie Database.