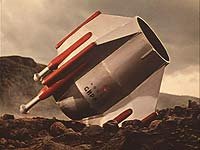 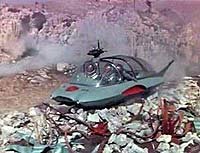 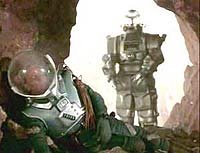 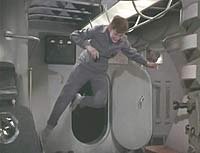 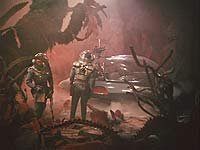 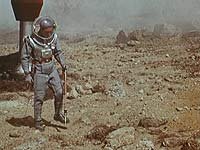 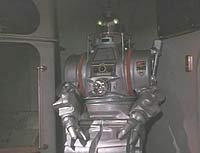 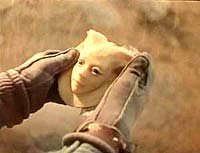 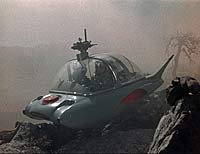 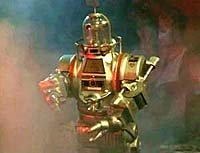 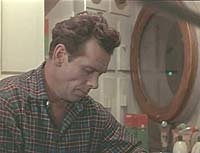 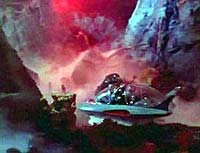 Planeta Bur is another strong 1960s film from behind the Iron Curtain. Along with the likes of Ikarie XB-1 and First Spaceship on Venus, this production shows that film-makers in the communist countries were committed to producing high-quality films with a kind of gritty realism lacking in the output of their Hollywood rivals.

Like most Soviet films, the production has some technical problems. The direction is very rudimentary, the colour film stock of extremely poor quality and the sound is muffled. There is no great artistry here but, despite these limitations, it is a thoroughly pleasurable science fiction film and stands head and shoulders above most Hollywood output, then and now.

If anything though, this film suffers from being a little too much like First Spaceship on Venus. It features the same realistic voyage, landing on a surreal alien world, deployable surface vehicles and maintenance robot. Unfortunately, it suffers a little in comparison for whereas Stanislaw Lem was able to write about a truly alien world, this film falls back on the old and erroneous clichés of Venus being a young planet and thus features dinosaurs and the like.

Nevertheless, the first half of the film is extremely strong, with an emphasis on realism in space flight. Gone are the contrivances found in most American science fiction of ships with unscientific, magical properties like faster-than-light engines and the ridiculous need for ray guns, space battles and the like. Here is a comparatively realistic space craft and a story that shows that one can encounter just as much drama exploring one's own solar system.

Some of the acting is wooden but the characters are slightly better defined than in First Spaceship to Venus. The robot is, for the most part, realistically portrayed as a useful tool though there is, unfortunately, a moment of unintentional camp when rain affects its circuits, causing it to babble incoherently. Falling into campiness is a danger when creating films in this genre and, despite this moment, the writer and director successfully avoid this trap for the most part.

Another fortunate thing is that the film is virtually devoid of Soviet propaganda, making it all the more watchable today.

The greatest problem, though, lies in the journey's end. Venus is an interesting, alien world at first but one's interest quickly wanes and the aforementioned dinosaurs will only captivate very young children. Science fiction should present an estranged view of humanity, allowing us to reflect on ourselves and our society from afar. Lem's film does this by showing how the aggressive Venusians destroyed themselves through their imperialist ambitions and experimentation with nuclear weapons.

This film, presenting a primeval world, holds up no such mirror to humanity. It does present a hope that we can work together to explore space in the future so there is a vaguely utopian feel but there is no real critique of society so it ultimately fails to be really effective science fiction.

Nevertheless, despite these shortcomings, due to its realism, atmosphere and plausible depiction of robots and other space hardware, it remains an enjoyable film, just not a profound one. It is a refreshing and superior alternative to Hollywood science fiction films with their emphasis on violence, camp and fantastical space craft.

Review by David Le Sage from the Internet Movie Database.