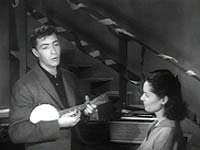 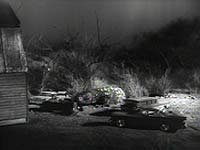 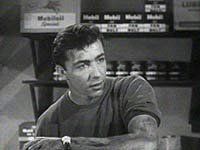 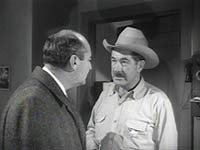 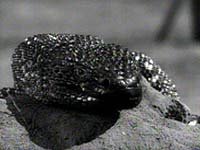 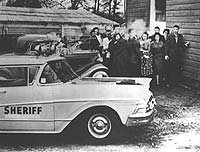 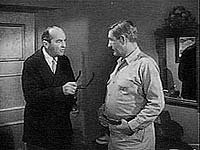 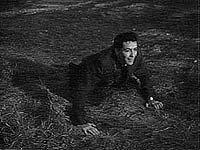 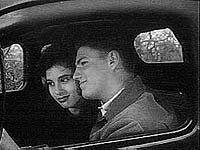 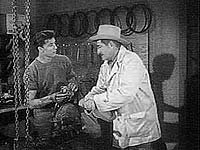 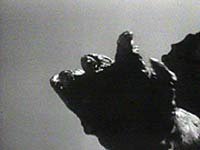 I had a pretty positive reaction to this movie, although my opinion is surely biased because I saw it a couple days after watching the 2003 film Coronado and I was still reeling at how staggeringly bad that movie was. Unbelievable, seriously. I'm not going to get over that shock for quite a while, actually. The Giant Gila Monster is an example of a classic b-monster movie with ridiculous dialogue and dismal special effects that still manages to be entertaining. A lot of reviewers have had a lot of really negative things to say about it, which I'm trying to avoid because it's really easy to badmouth a movie like this.

I bought a collection of 50 classic horror films and this one was included and, on the inside flap of the box is the following line, presumably meant to generate excitement in seeing the movie, "Marvel at the primitive special effects in Giant Gila Monster!" This is partly why I try to avoid bashing the movie too much, because it came in a collection of movies called "50 Horror Classics," which also includes such gems as Attack of the Giant Leeches, The Killer Shrews (which was originally released as a double feature with The Giant Gila Monster), Swamp Women, and The Amazing Mr. X. Surely I was not expecting a milestone film when I watched this movie, although it should be noted that the collection also features films like Nosferatu, Night of the Living Dead, House on Haunted Hill, Metropolis, The Phantom of the Opera, The Hunchback of Notre Dame, and White Zombie (which I have yet to watch, but with a title like that it HAS to be good).

The premise of the movie is that there is so much uncharted land around some suburban town that a monstrous lizard has been living there unnoticed for years. The movie starts out showing normal daily life of a lot of teenagers acting like I assume teenagers really acted back then (if someone tried it these days, however, they would have to have their wedgies surgically removed), until strange things start happening in the form of lots of car crashes that involve skidmarks perpendicular to the direction of travel, resulting in the big question, "What batters a car around like it was a toy?"

For most of the movie the cast dances around the possibility of any unusual life forms until the father of a boy who went missing early in the film insists that there could be a huge lizard out there, giving reasoning which makes absolutely no sense at all. He insists that a giant lizard could easily live out there for years unnoticed, get this, in the "underbrush." Well, maybe he just didn't understand the scale he was talking about, because given the size of the car that crashes into it at the end of the film, this lizard living in "underbrush" was probably a good 60 feet long. But even without having seen the thing, is "underbrush" the kind place where something big enough to push cars sideways could hide?

The size of the lizard, first of all, is blamed on out of control pituitary growth, then soon afterwards there's something about some river delta country where salts washed into the valley and got absorbed by the plants and then transferred to the animal, causing them to be giant. I don't know if the intention was to throw in some scientific processes and quickly confuse the audience, but I really can't say that I've heard of any salts that cause gigantism. But I'm no scientist, so what do I know.

At any rate, yes the special effects are primitive, but so is the movie. This is a special effects film that was made on a tiny budget more than four decades ago, so I'm willing to cut a little slack. The gila monster is never convincing even for a second, but at least there was some genuine thought put into the characters and the script. One of the biggest signposts of low budget science fiction and horror is when you can't tell how big the monster is, but remember that that is a sign of low budget, not low quality. I like to think that The Gian Gila Monster has at least some quality.

The movie, for example, contains at least one clever line of dialogue ("I ask you what time it is and you tell me how to build a clock, just answer the question!") and the singing that one of the main characters is always doing (as well as his disabled daughter) were genuine, and successful, in my opinion, efforts at creating three-dimensional characters, which is not something that you see often in these old monster movies. Or new monster movies, as it were.

Again, I may be being overly tolerant of this movie because I watched Coronado recently and I remain blown away at how god-awful it was, but while The Giant Gila Monster will never become a classic of any kind (no matter what kind of movie collection it is included with), it is certainly not as bad as so many people would have.

Review by Anonymous_Maxine from the Internet Movie Database.