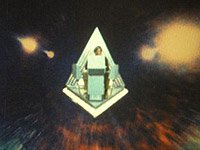 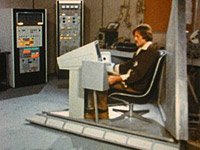 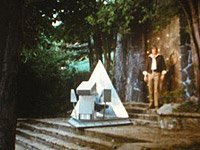 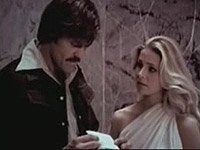 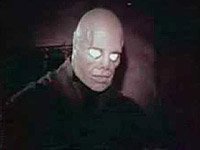 Apparently this is based on HG Wells The Time Machine but one can't help wondering if the producers read another book with the same title? Perhaps some of the commentators here also read that book because as someone who did read Wells original novel I can state without any embarrassment and reservation that the first half of this TVM has absolutely nothing in common with the book except for a vague premise of having someone building a time machine

It's not Perry's day however because he soon finds himself caught up in the California gold rush, imprisoned and escapes town while there's a gunfight between good guys and bad guys. It's at this point you think the only bad guys in the world are the people who produced this aberration of literature claiming it's based upon a novel by the most influential writer of the 20th Century. We're now half way through the TVM and there's not been one single scene that has been taken directly from the book

Some people may claim the 1960 and 2002 movie versions did change Wells text to a large degree but this was justified. Both films were highly entertaining and the 1960 version especially had lots of charm along with Rod Taylor's time traveler being disgusted as to what mankind had become, he was still recognizably a Wellsian character. Here however we're watching a very cheap and charmless production with not very good actors slumming it in a script devoid of any intellect. Wells must have been turning in his grave and this is possibly the worst film adaptation of any book brought to screen.

Review by Theo Robertson from the Internet Movie Database.