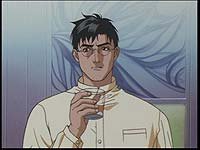 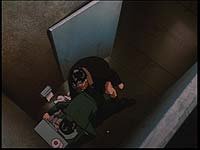 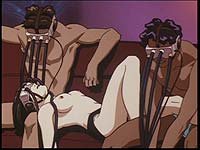 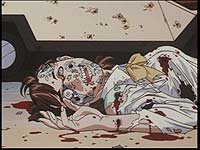 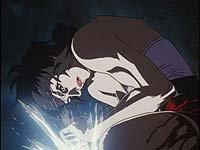 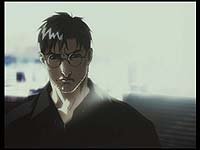 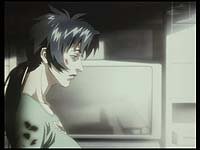 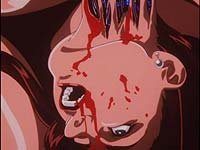 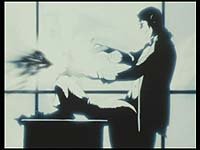 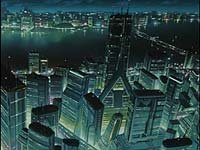 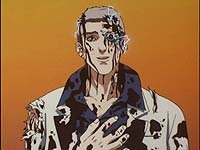 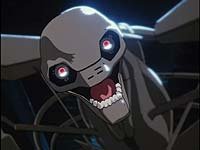 This seems to be a story that takes place in the same universe as Bubble Gum Crisis (it actually is 3 episodes that take place at different times, yet with the same core cast of characters). If one has not seen Bubble Gum Crisis here is a synopsis. If you have seen it, skip the next paragraph.

Its 2034, Japan. It is a cyber-goth world (think Blade Runner, Ghost in the Shell, Armitage, etc) where the Genom Corporation has created Boomers (those are robots/cyborgs that serve humans). A special branch of the police is created, that handles defective boomers (think Runaway).

This OVA, revolves around the specially created branch of the AD police (the Branch), which handles special boomer cases. The head of this task force is Buzz. His team consists of the hacker, the boomer (Kimball), the undercover female operative (Michaelson) and the female freelancer (with some underground connections at Genom).

There are some interesting premises in the story, but nothing original. If you have seen any of the anime I have mentioned before, then you have seen most of this: The human/machine conflict; Can boomers feel?; World domination,etc. Ghost in the Shell (both movies and the TV series) does a much better job of handling the subject and character development. This feels more like Cliff notes. There is a scene that stands out in my mind, mostly because it reminds me of a Miike scene. Early in the third story, Takahashi is having a conversation with Sorime (an up and coming politician). Sorime is having sex with a boomer on top of his desk, at the same time he is talking with Takahashi. When climax is reached, Sorime reaches for a gun and shoots the boomer in the head. It is by far the most intense scene of the whole movie. Other than that, this movie is something that has been seen and done before.

Review by CelluloidRehab from the Internet Movie Database.