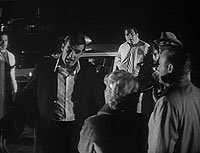 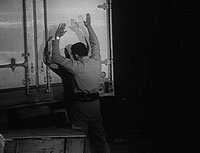 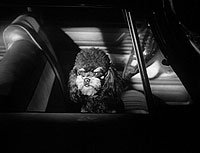 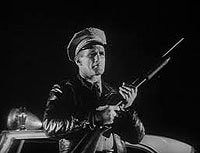 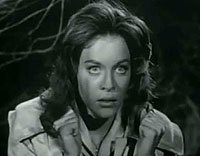 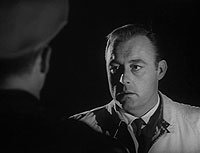 This may not have been the worst movie I have ever encountered but is pretty close to the worst I have ever watched to the end. If it had gone on for 74 minutes instead of only 73, I doubt I would have made it. This is Not a Test had almost no redeeming qualities -- unfocused direction, mostly amateurish acting, excruciatingly awful dialog, undistinguished cinematography, stereotyped characters and the cheapest of the cheap production values. One is left wondering if most of the actors paid to be in the movie. Their inept performances range from wild-eyed overacting to walking dead, deadpan delivery. Only Aubrey Martin as the irritating old chicken rancher's granddaughter showed any spark of talent. She was lively, but restrained, and very pretty. It is surprising her career never seems to have taken off.

Written to exploit the well-warranted fears of nuclear war in the early 1960's, the story has a diverse group of motorists stranded on a mountaintop and being bullied about by a brutal deputy sheriff while awaiting an incoming atomic missile. It showed some promise, and could have turned out okay with some fine-tuning, better dialog, careful direction, competent acting, and decent production values. Unfortunately, it got none of these.

Review by oldblackandwhite from the Internet Movie Database.