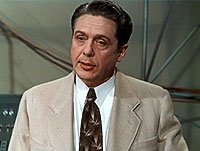 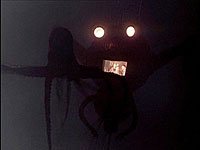 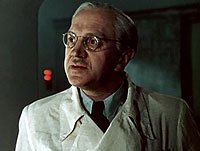 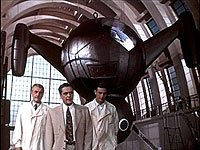 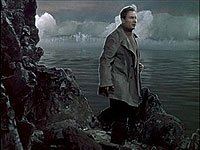 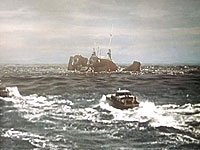 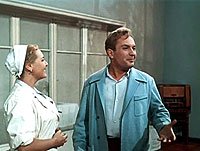 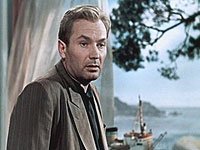 After catching two short and sweet J-Horror flicks for ICM's 50's cinema viewing challengeXI checked my other un-watched downloads for more titles from that decade with swift run times. Finding a curious-sounding Soviet flickXI stayed up for the eternal night.

View on the film:

For having a underwater Sci-Fi final, the screenplay by Igor Lukovskiy is sadly fairly dryXwhere aside from a coda saying all the Soviet scientists work will be spread "Among the people", Lukovskiy keeps things straight-laceXwith the scientists staying stoic even when finding radio-activity underwater, as they sail out on the eternal night.

Diving deep into the waters of Atlantis, directors Dmitriy Vasilev & Abram Room bring a hard Sci-Fi to land, in Atlantis not being filled with underwater people, but instead being a hub for brightly coloured, radioactive new species of plants and regular-sized fish. Wiping the screen clean at each new discovery, the directors stand back in dour wide-shots giving the scientists plenty of room to display their expert sight.

Review by morrison-dylan-fan from the Internet Movie Database.