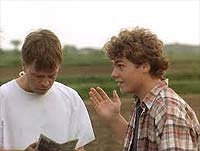 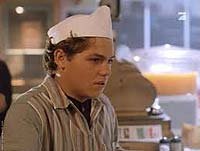 Runner up at Cannes in 1997, this sci-fi masterpiece is a film that any cinema aficionado should have in their collection. Part Cinéma vérité, part Neo-noir, the aptly titled "Laserhawk" is a movie that has changed the face of cinema, and for that matter the art of story telling as we know it.

Set in mid-western America at the turn of the millennium, "Laserhawk" stars Jason James Richter, who the academy has egregiously passed over numerous times after his Oscar worthy performances in "Free Willy" and "Free Willy 2: The Adventure Home". Richter's character borders a delicate balance between adolescent angst and brimming masculinity. Richter frames this duality between boy and man with incredible poise as he valiantly saves the world from a species of invading alien spiders. His acting clearly raises the bar for his accompanying cast, who help mold "Laserhawk" into a pinnacle of thespianism.

The story follows three teenagers (two of which are inhabited by alien spirits) who defend earth from a race of evil alien spider invaders who have returned to harvest their crop: humanity. Their tale, spanning from suburban America into the cosmos, is brilliantly interlaced with twists and turns, including a run in with a human inhabited by a 250 million year old alien played by Mark Hamill (who also happens to be the best star-fighter in the galaxy). Sadly he meets his death when he crashes an army supply truck at 15 mph (cue explosion).

The brilliant plot is supported by exquisite dialog weaved by the maestro screenwriter himself John A. Curtis ("Xtro II: The Second Encounter"). Characters transcend their very own existence and evolve almost into living beings that the audience cares and feels for, like when the trio's third wheel, M.K. Ultra aka Rodney Terence Stanko, questions his own existence by asking, "Am I only here for comic relief?" Yes, M.K. Ultra aka Rodney Terence Stanko, sadly you are.

People may question "Laserhawks" quote un-quote similarities to other sci-fi movies, such as the fact that the evil alien's mother ship looks very close to the one in "Independence Day" and that the heroes have to fly into the ship, dock with it and blow it up from the inside; the fact that Mark Hamill is cast as a star-fighter from a long time ago in a galaxy far, far away and takes part in leading an "intergalactic rebel force"; that the story slightly resembles various episodes of the "X-Files" and the movie "Alien"; or even that the concept of evil alien bugs was used in "Starship Troopers" and "Men in Black". There are so many movies out there that any film will have a coincidental similarity here and there. However, if you look deeper into the intricate story, "Laserhawk" is the precipice of originality.

Much can be said about "Laserhawk": a modern day epic with plot that rivals "The Godfather" in quality, with "Citizen Kane" caliber cinematography shored by "Matrix"-style special- effects, but for "Laserhawk" there is no comparison. This pièce de résistance or magnum opus if you will, could enter into the annals of cinema as the greatest movie ever made (that is until "Laserhawk II"). Let us thank director Jean Pellerin for leaving us with an open ending, so we may be privy enough to witness a possible sequel in our lifetime.

Review by filmfortheblind from the Internet Movie Database.