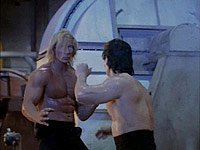 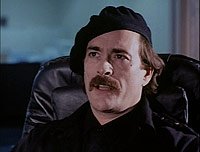 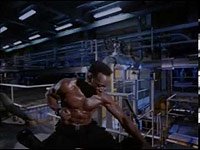 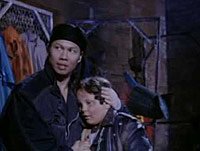 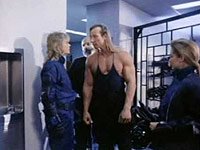 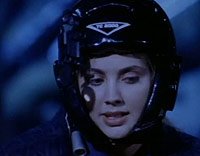 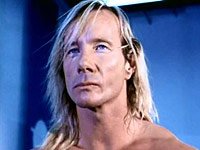 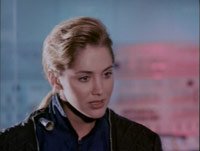 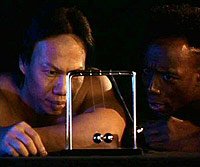 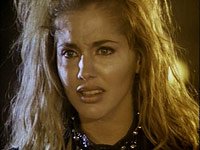 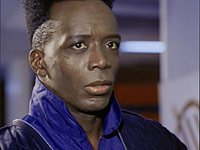 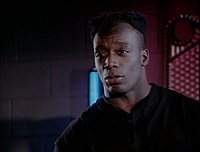 By 2020, the environment is so bad that the rich have moved underground, leaving the poor to fight for survival in the contaminated Surface World. Protecting the underground are cops known as TCs (Tracker Communicators). TC Jason Storm becomes public enemy no. 1 after his partner Zoey (Bobbie Phillips) is murdered by a surface gang known as The Picassos (yeah, The Picassos) and Storm questions who let them into the underground. To escape, Storm heads to Surface World where he runs into Sumai (Bolo Yeung), a freedom fighter who might just know why The Controller wants to go take over Surface World.

This is endlessly complex for a DTV action flick, but I have to say I enjoyed it. Blanks is an excellent martial artist, which helps bypass his stiff acting filled with blank (ha!) expressions. As always, Bolo steals the show. Frequent Blanks co-star Jalal Merhi is the gang leader Niki and I COME IN PEACE alien Matthia Hues, a damn good fighter in his own right, stars as The Controller's right hand man Bigalow. Bobbie Phillips provides the female sidekick, which takes an odd turn about halfway in when she becomes the titular half-robot TC 2000.

Review by gridoon [IMDB 22 September 2006] from the Internet Movie Database.