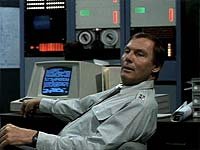 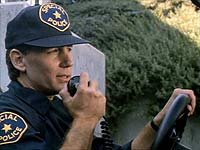 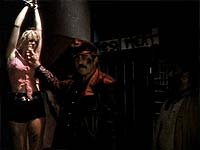 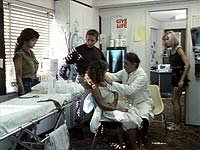 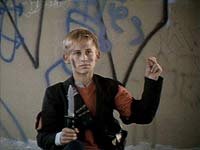 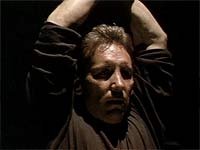 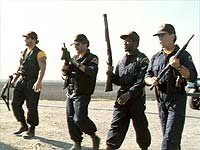 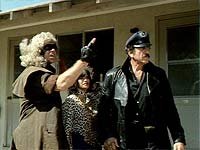 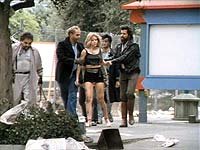 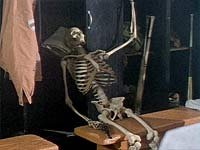 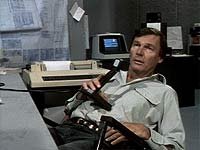 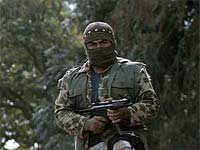 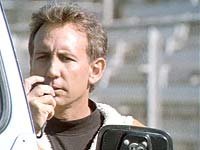 I am looking at you Adam West! Seriously, the man looks as if he is bored out of his mind and has no interest at all in speaking his line clearly and in a tone that is not totally uninterested. Even his monologue at the beginning of the film is like 'who really cares' quality. I would have also rated this film higher had it did a better job with the plot as it bounces all over the place and then there is the fact the film was made in 1990. Had this thing been made in 1987 I could have given it more of a pass, as it looks like it was made in 86 or 87, but it should be a higher quality film in 1990.

The film features a future where the ozone layer has holes and there are solar flares that make men crazy and there are people auctioning off women because that seems to be the thing to do and I do not think the ozone layer has anything to do with whether solar flares are more intense or not. A bunch of cops get dispatched to take out the slave auction, but are too busy quipping so all but one gets shot. So if I had to take a guess, omega used in the title means last, so the main guy is the last cop. He holds up an awesome weapon and yells it's not over and it's true as it is damn near the beginning of the film!

The science of course is crap and at some point people will learn that when people start yelling the sky is falling it is to try and tax you more and take more control and has absolutely nothing to do with actual climate change. Back in the 70's it was an ice age a coming, in the 80's ozone depletion 90's it is hot a coming and in 00's and now it is simply climate change so anything that differs can be said to prove it. The fact the water level has not raised an inch should be a case in point, but then they try to say the sea floor has lowered. Of course, as long as they make up this stuff, Hollywood will try to make films that feed the fear like this one. Trust the scientist they say, well scientist created the nuclear bomb, are the reason there is cancer and have made diseases that could wipe us all out.

Sorry, got a bit political, I will get off my soapbox and back to omega cop which had a few action scenes as omega cop battled Jon Rhys Davies and the Ultimate Warrior at the end! Not really, but those two came to mind looking at the villains he was facing as well as Wraith, a big dude in leather that never actually does anything of note other than talk in a deep, but congested sounding voice. Still, the film was not boring and it was so awesome they even made a sequel and just called it Karate Cop!

Review by Aaron1375 from the Internet Movie Database.