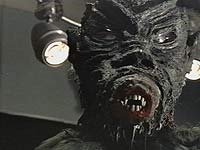 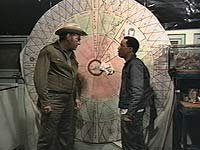 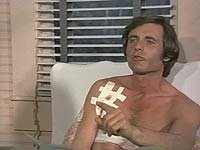 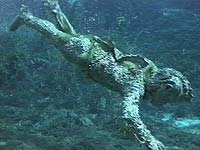 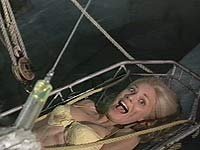 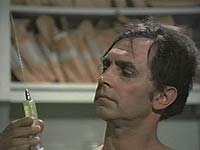 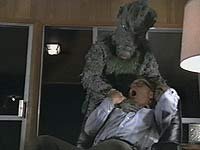 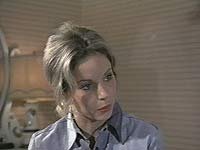 Where to begin? Let's just start by saying that this is a very low budget production, and it shows, in every possible way. There are no actors with any previous experience in film or TV. Production values are abysmal. I wonder if some of the actors were even paid. Yet even this doesn't account for just how bad it is.

The plot involves a bitter scientist who turns himself into a human catfish and releases chemicals into a small Florida town's water supply as part of his plan to turn humanity into fish and conquer the world. He then proceeds to take revenge on the former colleagues he feels wronged him, and to kidnap first one, then another woman to serve as his fish bride, before the authorities catch on. At this point, you've probably already spotted the clichés; the mad scientist bent on revenge and world domination, and the monster kidnapping a bride. There are also the expert scientists who come to investigate, and the obligatory incompetent hick sheriff. At least he doesn't come off as crooked or racist.

And the plot problems don't end with the clichés. If the townspeople knew that Doctor Leopold was a Nazi who had performed strange experiments, why hadn't they already run him out of town or sent him to an asylum? How could the sheriff not immediately realize the doctor was linked to the monster? Even a total moron should have considered the man who'd put forth a thesis on turning men into fish as a person of interest. And what are the chances that the doctor's colleagues from the university would all live in the same sleepy little town? A far greater problem is that we never believe for a minute that his plan can succeed. The over sized, flesh eating catfish he releases are little more than a nuisance to the townspeople. His tampering with the water supply- which is supposed to transform the people into fish- only causes nausea, dizziness, and other minor health problems. This might be because he's spreading the formula with a squirt bottle. Results improve when he goes on land and begins killing folks himself, but even then it only amounts to a handful of murders. This guy can't even conquer Hicksville, much less the world! I also have to wonder why, if this was shot in Florida, is the scenery so drab. Several springs are mentioned in the credits, but it mostly looks like swamps and murky ponds. Even the beach at the end is far from scenic. Maybe it's just the poor quality of the photography, and these places are actually beautiful in real life. I don't know. What I do know is that the indoor sets are even worse. The professor's lab is obviously someone's basement. Inside are props such as a waist-high above ground pool, a jury-rigged apparatus for lowering victims into said pool, and various consoles with lots of knobs and flashing lights. One console looks suspiciously like a carnival fortune telling machine.

As with any super low budget creature feature, there is a comparatively large amount of stock footage. But its use here is particularly inept and downright puzzling. For some reason, the director felt the need to cut to clips of marine life during underwater attack scenes. I personally would rather see the doctor struggling with his victims than footage of turtles and crayfish. Swamp creatures just don't provide good reaction shots. There's also the problem that much of the stock footage is of ocean life, while the scenes take place in freshwater. Did the filmmakers think audiences wouldn't know that coral reefs aren't usually found in lakes and bayous? The use of flashbacks, although sparse, is still more perplexing. It's not unusual for a killer to flash back to when his victim wronged him. But why on earth does he have to flash back to what they were doing the moment before he attacked them? This movie can also be painful to listen to. The soundtrack consists mostly of over processed electronic "music" in the style of Phillip Glass, and the opening credits are accompanied by "Sashay through the Sargassum", which would surely have won the award for worst original song if the Razzies had been invented yet. We the audience must also suffer through Doctor Leopold's Mad ramblings, such as "Sargassum, the weed of deceit", and "Nets are no longer for fish. We may use them on you humans if you survive." These lines and many more are all delivered in the same tedious monotone.

I've put off describing the "human-catfish" suit for as long as I can. Whoever designed this suit had absolutely no idea what a catfish looks like. The suit has no whiskers. It does have lots of bony scales, whereas real catfish are smooth skinned. There is also a coating of algae in certain places, which gives the impression of fur. As for the face, I'll defer to Mike Nelson, who described it as an "amphibious warthog." I should also add that the guy playing the monster clearly has no experience in suit acting. All his movements are slow and jerky, and at several points, he stops and just stands there for a while before moving again. There's also a part where the deputy gets bitten on the leg by a water moccasin and spends the rest of the film limping as a result. This is nothing like the symptoms of a real snakebite.

I could go on and on, but I'll end by saying that the only things right with this movie is that it's in color, it has continuity, and you can hear most of the dialogue clearly. That's really not much. I would recommend seeing the Mystery Science Theatre 3000 version. Under no circumstances should you watch the original cut.

Review by William Samuel from the Internet Movie Database.