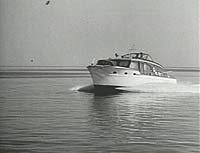 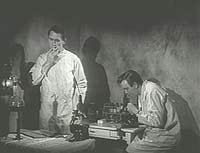 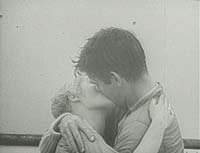 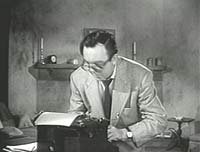 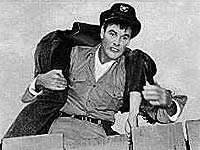 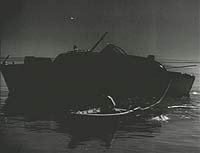 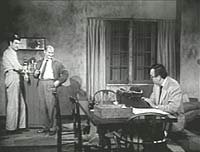 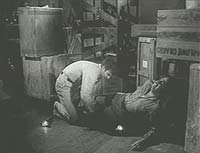 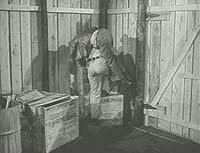 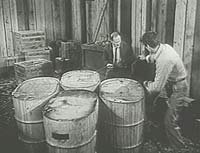 B movies were to the 50s and 60s what straight-to-video is to us today. Low budgets, thin plots, just enough action and suspense to get people to look and spend enough money so the producers get a little profit. Plus, it's a way for producers, directors and actors (most of whom couldn't in the door at a major studio) to pay the rent and build up their resumes. For us, the viewer, it must have some appeal because we all seem to be watching the entire film so we can rip it to pieces.

That said, let's get to ripping this one.

First of all, keep in mind that the director is Ray Kellogg, who also did "The Giant Gila Monster" and "The Green Berets" (if that's not a diverse resume, nothing is). The producer was Ken Curtis (Festus from "Gunsmoke"). He had always wanted to make a movie and John Ford, for whom Curtis had made films like "The Man Who Shot Liberty Valance," "The Searchers" and "The Horse Soldiers," encouraged him to go for it. Unfortunately, Ken couldn't coach Ford into directing it.

Next up...the plot. It concerns seven people trapped on a remote island during a hurricane. In addition to the people, we have a few hundred shrews (although we never see more than a dozen or so) about the size of full-grown dogs. Science strikes again. The movie then proceeds to show how the seven trapped people try to survive a few hundred hungry shrews trying to get at them.

It seems a cadre of scientists trying to figure out a way to increase the human life span experiment on some shrews, which are normally the size of a man's thumb. Shrews have a speedy metabolism and can be ready to reproduce in less than a month. Also, they have to eat three times their own bodyweight every day or starve. Somehow, the scientists mess up a batch of shrews, which grow to enormous size. Clearly, Ken Curtis was trying to borrow from "Tarantula" and "Them" with the premise, but not bothering to explain how the shrews grew a thousand-fold really hurts the plot. Somehow, they also add in that the shrews now have poison in their saliva, thanks to ingesting poisoned food set out as a trap (figure that one out).

The shrews escape thanks to a boozed-up scientist played by Curtis. Being the producer, he certainly could have made himself the leading man, but he wisely chose to be the villain. If you saw him in "The Searchers" or "Gunsmoke," you'd realize he's not exactly leading man material. Now, the shrews have multiplied and have eaten up all the food on the island. Except, of course, for the people.

The movie starts off too slowly. A boat captain played by James Best (yes, Roscoe P. Coltrane from "The Dukes of Hazzard") and his engineer (Judge Henry Dupree, a minor jazz player of the time) arrive at the island to bring supplies. They meet a professor (Baruch Lumet, veteran Broadway actor and father of director Sidney Lumet), his nubile Swedish daughter (Ingrid Goude, Miss Sweden 1957) and a shotgun-toting Ken Curtis. When Best tells them he's not leaving because of the approaching hurricane, they all get nervous. We then have to watch them act scared and try not to reveal the shrews to Best. During this time, they manage to drink up half the alcohol in sight.

Only when the shrews finally show up and start picking off people does the action pick up. Curtis shows what kind of a coward he is and we almost wish he'd get fed to the shrews. I won't spoil the ending except to say it involves some ingenuity and a makeshift tank, perhaps the most unique lifesaver in the history of horrorscience fiction.

The movie ultimately succeeds best with the actors. Curtis, of course, cut his teeth with the legendary John Ford. James Best is very good, although he admitted later to only doing the movie as a favor to his friend Curtis. Baruch Lumet shows off his stage presence. Gordon McLendon as Radford is a little annoying and stiff, but he plays his death scene pretty well. Alfredo DeSoto as the caretaker makes the most of his time, even goes down fighting. Of course, being the lone Hispanic in the film, he's as good as dead anyway. Ingrid Goude is one hot babe, but she can't act, but she's European and that's what counted to Kellogg (he used a French actress who couldn't act in "Giant Gila Monster").

The only part I hated was Dupree as Rook, the engineer. He's black and plays the part with that irritating, stereotypical Stepin Fetchit routine that persevered in Hollywood until Sidney Poitier and Woody Strode came along. Being the only black guy in a science fiction film, he has the word "corpse" stamped on his head before the opening credits roll. In Stepin Fetchit-style roles, as played by Fetchit and guys like Mantan Moreland in the Charlie Chan movies, he talked ignorantly, walked jolly and, when in trouble, froze in place, acted stupid and cried out "Oh, Lordy!" Well, Dupree gets chased by the shrews, climbs up a low tree and cries out "Oh, Captain!" repeatedly with a stupid look on his face.

Of course, the downer for the film is the special effects. I don't think even Universal Studious could have come up with something resembling a giant shrew. Here, with a thin budget, the shrews are nothing but dogs with some fake hair and clay masks with wooden teeth painted white. For close-ups, you can tell someone offscreen is using a wooden head on the end of a stick. Amazingly, Kellogg's gila monster looked more real.

Still, the visual effects are good. The film was shot in the middle of White Rock Lake in Dallas, but the camera does a good job of not showing the opposing shoreline and making it look like the island is really in the middle of nowhere. The island was rented and they could only film on the backside of it, but since most of the action takes place either at the compound everyone's trapped in or along the path to the water, it doesn't hurt.

But, like I said at the beginning. It's a grade B movie and you're just supposed to have fun with it, whether intentionally or unintentionally. Hey, it beats big budget bombs like "Glitter" and "The Mod Squad.".

Review by pv71989 from the Internet Movie Database.