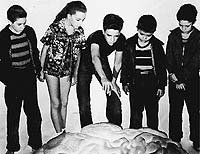 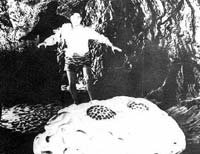 This is, in many ways, the most intelligent, thought-provoking, and sincere sci-fi film of the 1950s. In both concept and execution it far outshines most of today's glitzy effects-laden efforts. Sadly, some viewers are mystified by the subtlety and careful pacing of the story. I suppose it's just a matter of taste. After all, some people think "Citizen Cane" is a dull soap opera and "Scary Movie" is a work of art.

If you've seen "The Space Children" and think it's just a low budget sci-fi movie from the 1950s, try watching it with a group of kids who can explain it to you. And pay special attention to the question which one of the characters asks in the film: "Is there no man on Earth with the wisdom and the innocence of a child?"

Review by bcook@swint.ccps.ga.net from the Internet Movie Database.