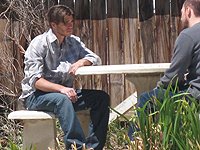 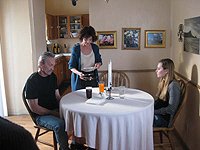 This was described as "not for the faint of heart" and I can only surmise that the individual's taste is far different from mine or that person was involved with the film or knew people involved with the film. When part of a positive review is that it was filmed on film, well that is not pertinent to whether the film is good or not.

The story moves very slowly and is not very involving. Basically a one person film, the other characters make a short appearance and disappear. I wish there was some way to make these reviews and rating more honest. The rating was well over 7, to me that means we are talking about an exceptional film. Not the case here!! This was a disappointing experience. Let's try to be more honest with each other, shall we?

Review by iraz from the Internet Movie Database.